Volunteering and employment: debunking the myths of this youth employment strategy 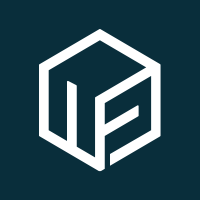 This is a guest blog by Professor Bryony Hoskins (University of Roehampton), based on research conducted with WorkFutures co-director Professor Pauline Leonard (University of Southampton)..

This was originally published as an article in HR Magazine.

Young people aged between 18-24 are likely to be the group who will be the most badly affected in terms of finding work in the Covid-19 pandemic-led economic crisis that we are now entering. Volunteering and unpaid work have been routinely advocated by the UK Government as a key mechanism for young people to secure employment, especially in the last economic crisis (2008-2015). However, before we give the same advice to young people in the current crisis, as we did the last time, it is important to reflect on the evidence from previous financial and economic crises and identify the actual benefits – if any – of such experiences for young people in relation to employment prospects.

The latest research that I conducted in collaboration with Prof Pauline Leonard and Dr Rachel Wilde (2020), which  involved surveys and interviews of a representative sample of young people aged 22-23 in 2014 in England*, aimed to identify if volunteering and unpaid work helped them to gain employment. The results found no evidence of a positive relationship between volunteering, unpaid work and employment. This was the case for both volunteering or unpaid work in the voluntary and private or public sectors. More surprisingly, volunteering in the voluntary sector even had a significant negative relationship with paid employment, with young people struggling to find paid work despite their experiences. What’s more, this negative relationship was the strongest for the least advantaged young people, suggesting that it is even less likely that this form of volunteering will benefit those from lower social backgrounds to secure a job.

From interviewing the young people in our study, we found it was the most well off who appeared to have the contacts, self-belief and time, to find career related and prestigious private sector unpaid work which in the long run was more likely to enable access to the labour market. Others who undertook less prestigious volunteering positions felt that they were simply being kept busy and were resentful of the false hopes that many of these unpaid experiences claimed to offer, with the unpaid work experiences compounding the feelings of frustration and worthlessness. This was particularly the case for young people who had to undertake ‘compulsory volunteering’ required by job centres or community service orders. In other instances, young people did find that volunteering helped to build their confidence, but it still did not enable them to access work in the context of high youth unemployment.

Undoubtedly, volunteering can be a useful tool for individuals and for society overall through engagement as active citizens in the community. However, the issue is that these experiences should not be miss-sold as employment development opportunities. When there are very limited opportunities in the labour market, taking a prestigious private sector career-related unpaid work experience may well benefit the young person in the long run. If it is impossible to get on one of these experiences,  young people can choose to volunteer to benefit their wider community, but they should not be fooled that these experiences will automatically enable access to work or a desired career, especially in the short term,  as we found no evidence for this.

*This research was based on the Citizenship Education Longitudinal Study data that consisted of a nationally representative cohort of young people from England who were first surveyed aged 11 – 12 in 2003, and then in five waves until 2014 (aged 22 – 23). As our research questions concerned the transition into work, the survey data focuses on CELS’ final two rounds: Round 5 (2011, aged 19 – 20, N=1509) and Round 6 (2014; aged 22 – 23, N=945). Between these two rounds, the attrition was 13% with a combined dataset of 824 young persons. 100 interviews were conducted of young people of the same age 50 of which were from the CELS sample.