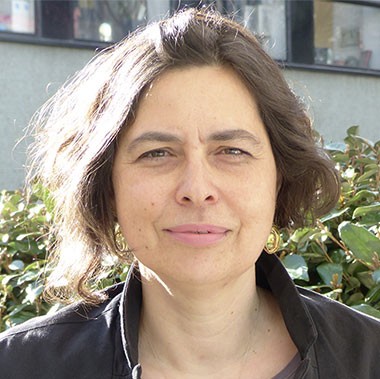 Silke Roth is a Sociologist and author of The Paradoxes of Aid Work.

The managerial university is characterized by norms and standards, in particular performance auditing, which disrupt those of the classic humanist university. At the same time it offers opportunities for underrepresented groups – women, ethnic minorities through initiatives such as Athena Swan and the Race Equality Charter. Some institutions are becoming more aware of the potential impact of competing pressures and job insecurity on the well-being of staff; for example, the University of Southampton holds an annual well-being day and has signed the Mindful Employer Charter. This is certainly welcome in the context of the demands to demonstrate research and teaching excellence (REF and TEF) and insecurities associated with the EU referendum. The panel discussion reflected on different aspects of working conditions and careers Higher Education: Diversity, Collegiality, Productivity in the context of fixed-term contracts and technology.

Kalwant Bhopal, Professor of Education and Social Justice, Southampton Education School, discussed the experiences of Black and minority ethnic (BME) academics who consider moving overseas for career opportunities. Although the proportion of BME academics has increased, they are still under represented among senior managerial positions and the top academic pay spine range. According to the ECU Statistical Report 2015, 93% of professors and 92% of other academic staff where white. The barriers that BME academics face in UK higher education, motivates their decisions for overseas higher education migration. Bhopal presented research funded by the Equality Challenge Unit which indicates that BME academics were significantly more likely than White academics to have ever considered moving overseas. Bhopal concluded that significant change is needed in the UK higher education sector in order to retain BME academics. This requires greater visibility of BME staff in academic and decision making roles, transparency in recruitment and progression, recognition and appreciation of diversity (including curricula), networking, mentoring and training as well as acknowledging and addressing institutional racism. The Race Equality Charter underpins such initiatives.

In his presentation Bruce Macfarlane, Professor of Higher Education, Co-Director of CHES, Southampton Education School focused on collegiality. He distinguished three types of collegiality: Structural collegiality which refers to shared governance – which is reduced through the corporatization of the managerial university. Cultural collegiality which is based on a sense of shared values and undermined by an increasing division between teaching and research, increase of temporary jobs and a division between managers and academics. Behavioural collegiality which concerns the relationship between academics is undermined by the emphasis on audits and targets. In consequence, academic citizenship increasingly becomes performative. Macfarlane reminded the audience that nostalgia would be mistaken given that the classic humanist university was a domain of white middle class men and thus hardly diverse. Continuities persist – a recent study by Macfarlane indicates that younger staff members as well as women felt had a much more critical view on the fairness and available support than older staff members as well as men.

The situation of researcher on fixed term contracts was addressed by Eric Silverman, Senior Lecturer in Artificial Intelligence and Interactive Computing, School of Computing, Teesside University. The working conditions of many early-career researchers in the UK and elsewhere are defined by the stress and uncertainty of life on successive fixed-term contracts. Only a small number of PhD graduates in the UK end up in a permanent position and over two thirds of researchers are on short-term contracts. Senior academics are under pressure to prepare bids, hiring post-docs to carry out the research if successful. Employing Agent-Based Modelling, Silverman and his colleagues have studied the connection between research funding systems and the career structures they produce. Their preliminary results suggest that our current system is neither efficient in terms of return on investment, nor effective in producing a supportive working environment for postdocs.

New Technologies increase opportunities for flexible work – but they might also negatively affect work-place balance. Fiona Harvey, ILIad and UCU Equality Officer, discussed to what extent academics are willing to embrace the digital workplace and what barriers they face. Multimedia offer tremendous opportunities, but require access to devices and software as well as web literacy. Gender differences in engaging with technologies exist and universities do not necessarily make use of the most suitable systems or support staff to use them effectively. Furthermore, staff and students need to be aware how smartphones and other mobile devices result in workplace surveillance and invade privacy.