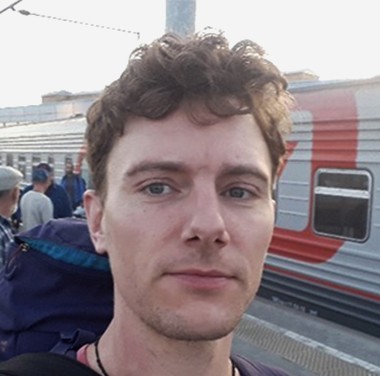 Roger Tyers is a teaching and research fellow in the Department of Sociology, Social Policy and Criminology at the University of Southampton.

A recent YouGov poll shows that only 6% of Britons want to life to return to ‘normal’ after the coronavirus outbreak is over. But what we want to change is harder to define, maybe hard to articulate. Even the slogan of ‘Build Back Better’ is contestable.

Yet two trends, identified in a recent survey for Sky News, do seem fairly consistent: people foresee radical changes to their working lives, and people are increasingly concerned about the environment and climate change.

In the survey, 47% of respondents thought that people would continue to work from home, post-pandemic. That would be a radical change in their daily lives. Back in the ‘old days’ pre-corona, average commuting time had been steadily increasing, with most workers spending an average of about an hour a day getting to and from work.

How different things look now. As my colleague Mina Beigi described in her recent blog, for those fortunate enough to remain in work, WFH presents all kinds of challenges, not least for parents juggling childcare responsibilities. But for many new home-workers, one huge benefit will have been getting ‘back’ that hour each day. Over a year, that’s more than eight days and £800 in average travel expenditure, plus significant ‘costs’ to wellbeing.

Some people might love to continue working at home in their pyjamas (webcams permitting). Others might miss the daily change of scene and yearn to be back with their colleagues, both for their own sanity and because in some workplaces physical co-presence might boost productivity and creativity.

If and when commuting resumes again, is there a way we can do it in a healthier and less polluting way? In that same Sky News survey, 33% of respondents said that climate change was the #1 post-pandemic issue facing the world, the biggest issue by far. Given that road transport accounts for a fifth of the UK’s carbon emissions, a change in commuting behaviour could mean substantial carbon savings.

There is certainly room for improvement. According to Department for Transport data, 67% of workers drive to work, 17% take public transport, less than 5% cycle. While some journeys will simply be too long to cycle (the average distance to work is about 9 miles, and is getting longer) many shorter car commutes look ripe to be done on a bike.

Local and national authorities are certainly aiming to capitalise on this crisis to encourage ‘active travel’. Many councils are building ‘pop-up’ cycle lines and fast-tracking pre-planned cycling infrastructure with new DfT funds. Given a historical reluctance to risk upsetting the voting motorist, it is quite something to witness politicians publicly calling for road-space to be reallocated from drivers to cyclists, permanently.

Encouraging active travel – especially cycling – has been a stubborn challenge in the UK for many years, particularly among women. A few facts suggest this could now change.

According to research by SusTrans, 30% of women and 25% of men would like to cycle more. Safety is the biggest barrier. For women especially, segregated cycle lanes are essential to get them on their bikes, so if pop-up lanes become permanent (and are actually felt to be safe) than perhaps this fear factor can be overcome.

Due to the recent good weather, calmer streets, and a lack of available leisure options, retailers have seen an explosion in demand for bicycles. Research elsewhere suggests that cycling for leisure is often a stepping stone for cycling to work, especially for women. So maybe there is a potential to convert new or returning ‘weekend cyclists’ into regular cycling commuters. For that to happen, other barriers will need addressing by employers, and other cyclists and co-workers.

Firstly, storage facilities for bikes and access to showers are essential, especially for women who may wish to (or feel an expectation to) attend to their appearance before starting a day’s work. Secondly, expectations of cyclists may also need to change, among other cyclists and co-workers. Research on female cyclists suggests that very confident, occasionally rude cyclists can easily create intimidating experiences which can scare newbie cyclists back into their cars. Thirdly, expectations of being presentable on arrival in the office – especially colleagues who’ve just got off a bike – must change.

Several studies have found that life-course changes can be moments of opportunity for changes in transport behaviour. Moving house, having children, or children leaving the parental home can be opportunities for new cycling habits to take hold. COVID-19 could present a more powerful moment of opportunity. Unlike life-course changes affecting individuals, this pandemic is a societal ‘moment’, with a potential for collective change in commuting behaviours, especially if people feel supported in terms of infrastructure and social norms.

Some of us do not have a choice. Many have lost their jobs entirely, or would like to work from home but can’t. Some simply have to drive. But for those who can choose, this could be a time to ‘stride or ride’ in our daily commute, or to reduce or even cut out commuting altogether. In terms of improving our health and everyday working lives, keeping our streets quieter and our air cleaner, that could be a rare win-win to come out of this upheaval.